I just wanted to drop you a note and say a huge THANK YOU!! Your picks are simply amazing. They not only allow me to draw the tone I want to hear from my mandolin, they are extremely durable and fast. They seem to just glide across the string. There is no drag or rasp that a lot of other picks give you.

I’m so happy to finally meet you and get ahold of these wonderful picks. It’s my pleasure to use these and I’ll be using these as long as you make ’em!!” 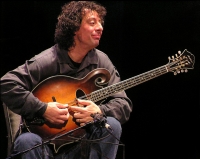 Ok folks! I’ve tried them ALL! And now I’m ALL OVER this Bluechip pick. AMAZING! Clean clear tone but with a nice darkness to it too. What else can I say? 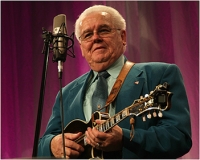 “Best pick on earth!” “The BlueChip pulls a great tone out of the mandolin. Since I put the pick in my hand it’s all I use. This pick is amazing! Better than tortoise shell! Never needs polishing!”

It’s exceedingly difficult to find a pick that delivers on all fronts, namely feel, tone, and durability. Indeed, before BlueChip, I’d never enjoyed more than two of those three important qualities in the same pick.

Though I’m always hesitant to gush, I can safely say that Mr. Goins makes the most balanced, empowering pick known to me. It almost literally sticks to your fingers, thus minimizing on-the-fly adjustments, drives through the string consistently on both up and down strokes, and faithfully transmits what you and your mandolin have to offer tonally, all this while staying at the top of its game for far longer than I’ve ever experienced.

Blue Chip Picks are simply amazing! We just can’t say enough about the tone, durability, feel, and speed of these picks. You’ve won our entire band over and we’re sure you’re soon to win over the entire bluegrass world very soon. We’ll be doing our part to spread the word!